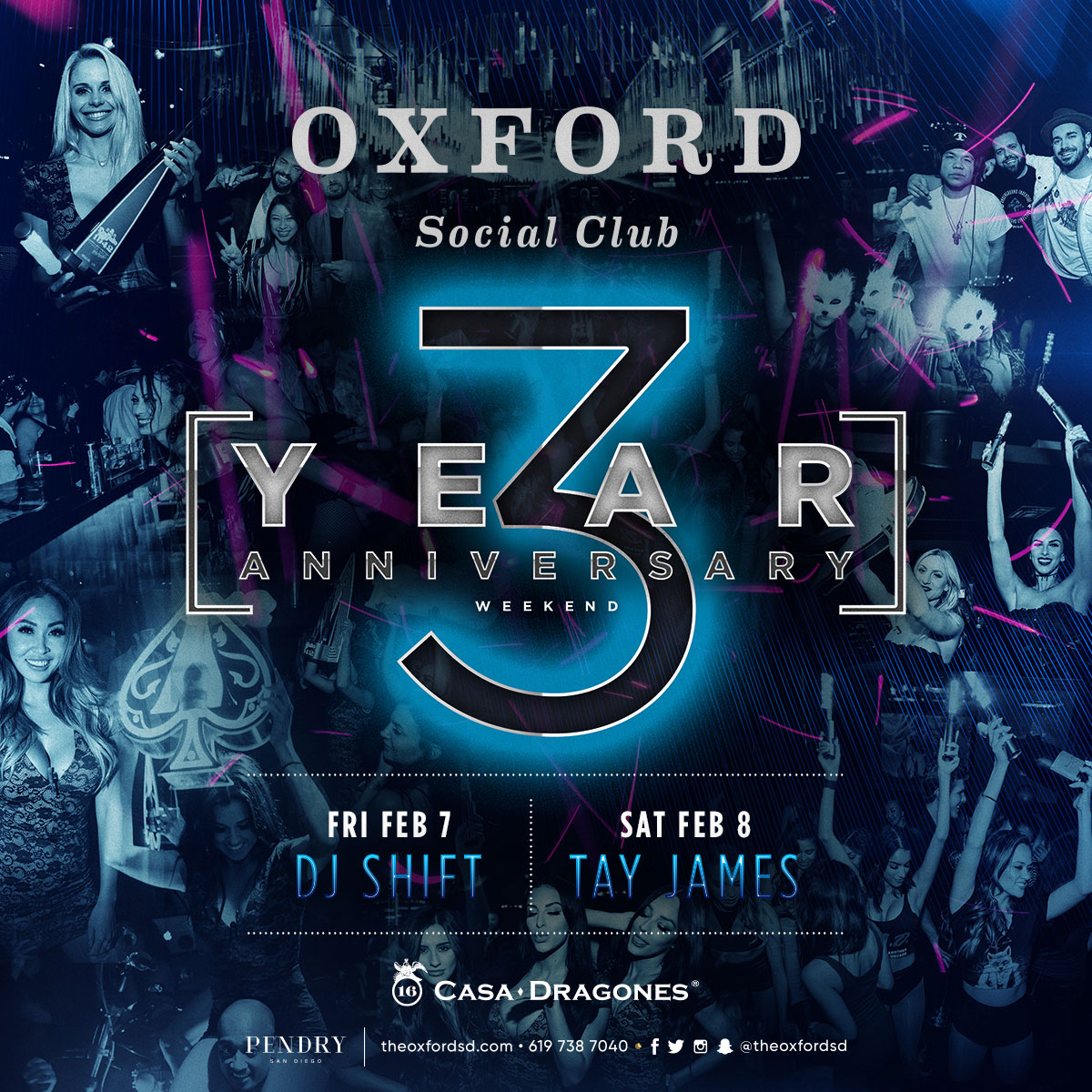 In some ways, it feels like we just opened our doors to the public. Yet in other ways, it seems like we’ve been around forever: the club fits in so seamlessly to the San Diego nightlife scene in the Gaslamp Quarter that it’s hard to believe there was ever a time we weren’t here.

Whether you’ve visited our club a thousand times or this will be your inaugural trip, we want you to come celebrate our second anniversary!

Come party with us!

Why You Need to Celebrate Oxford’s 3 Year Anniversary!

Here are just a few of the many reasons why you should help us celebrate:

While we’ve only been open for two years, Oxford has already established itself as one of the premier party spots in San Diego. Located in the Gaslamp Quarter, we’ve gained plenty of accolades from visitors both local and tourists too.

Our whimsical, irreverent mentality is wrapped up in our tagline: “leave your sophistication at the door”. We want you to have an amazing experience at our club, without stress or strings attached!

We’ve quickly become a local favorite, as you can see by the glowing accolades from Yelp reviewer MJ W:

“I just wanted to say how special Oxford Social Club has become to my husband and I. We have tried other clubs in the area since moving to San Diego in March, but the other clubs either they were to small and crowded or just two big and overwhelming. It’s nice to try some of the others once and awhile. But we always seem to come back to Oxford Social Club.”

The Gaslamp Quarter is a killer location for a nightclub: it’s one of the most bustling, high energy and party-friendly neighborhoods in San Diego.

But even within the Quarter, we’ve got prime time real estate, as Oxford is located on the premises of the Pendry San Diego!

The Pendry is San Diego’s premier luxury hotel, and the perfect spot to enjoy the city in style. If you’re coming from out of town, it’s the ideal spot to make your temporary home, and no need to order an Uber or Lyft to get to the club!


Not only do you have the luxe services and amenities of the Pendry, but you also have close proximity to the Pendry’s spa, but a daytime getaway in The Pool House, and world class cuisine at Lionfish Modern Coastal Cuisine, an innovative sea-to-table restaurant. Between these venues, you can enjoy the best that San Diego and the Gaslamp Quarter have to offer in one place! 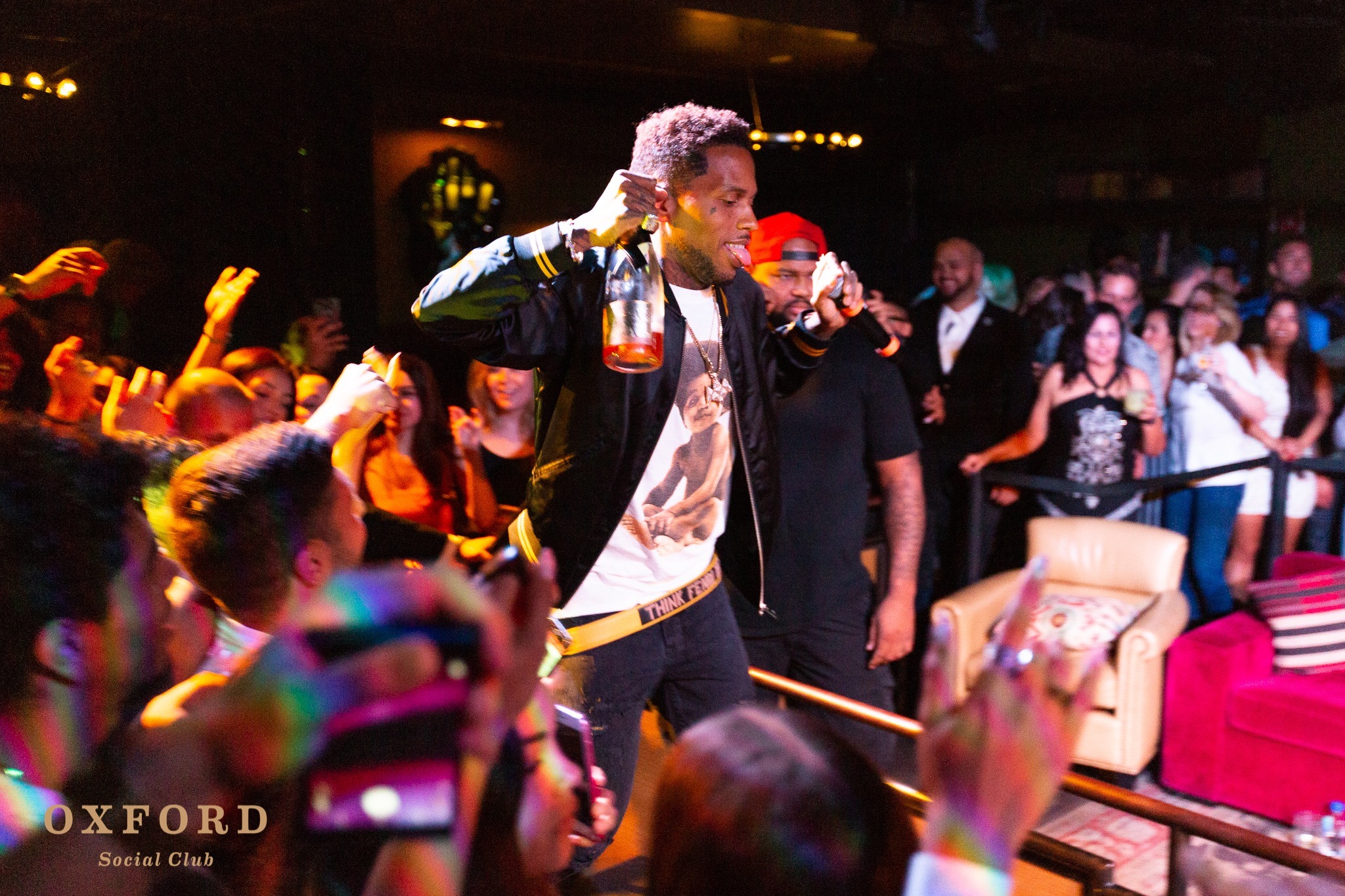 A nightclub is only as good as its entertainment offerings, and Oxford’s are second to none. Every Thursday, Friday, and Saturday we’ve got incredible entertainment on deck, guaranteed.

A quick perusal of our Events calendar reveals a robust roster of sets from locally and nationally famous DJs like Craig Smoove, Spryte, and Tay James.

You can also find creative events like The Mix-Up, a competition where we’re letting local DJs show their stuff for an opportunity to win a residency at Oxford! Suffice it to say: no matter when you come, there’s always something entertaining and unique going on.

You deserve to be treated like a VIP, and we’re ready and willing to help make it happen. At Oxford Social Club, we offer the perfect opportunity to enjoy the city’s nightlife in style with our Bottle Service.

With this service, you pre-buy premium liquor bottles of your choosing. In return for your reservation, we’ll offer several complimentary mixers, a sectioned-off private party space, and a private security detail and servers. Hands down, this is the way to party! You’ll love being the king or queen of the club when you book Bottle Service. 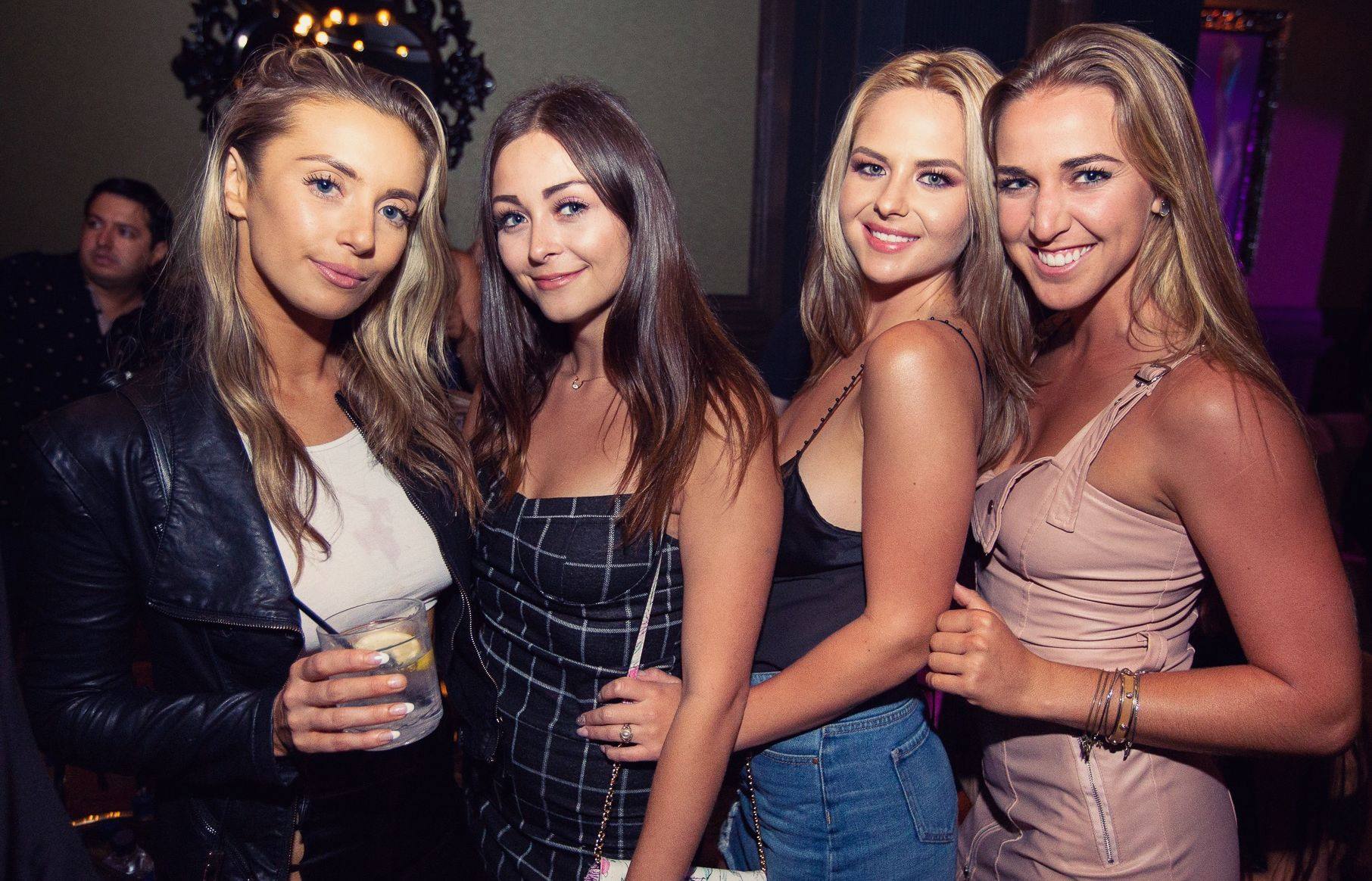 Conclusion: In a mere three years, Oxford Social Club has established itself as the party destination in San Diego’s Gaslamp Quarter. We hope to see you in the club soon as we celebrate this incredible milestone!

Have you visited Oxford Social Club yet?