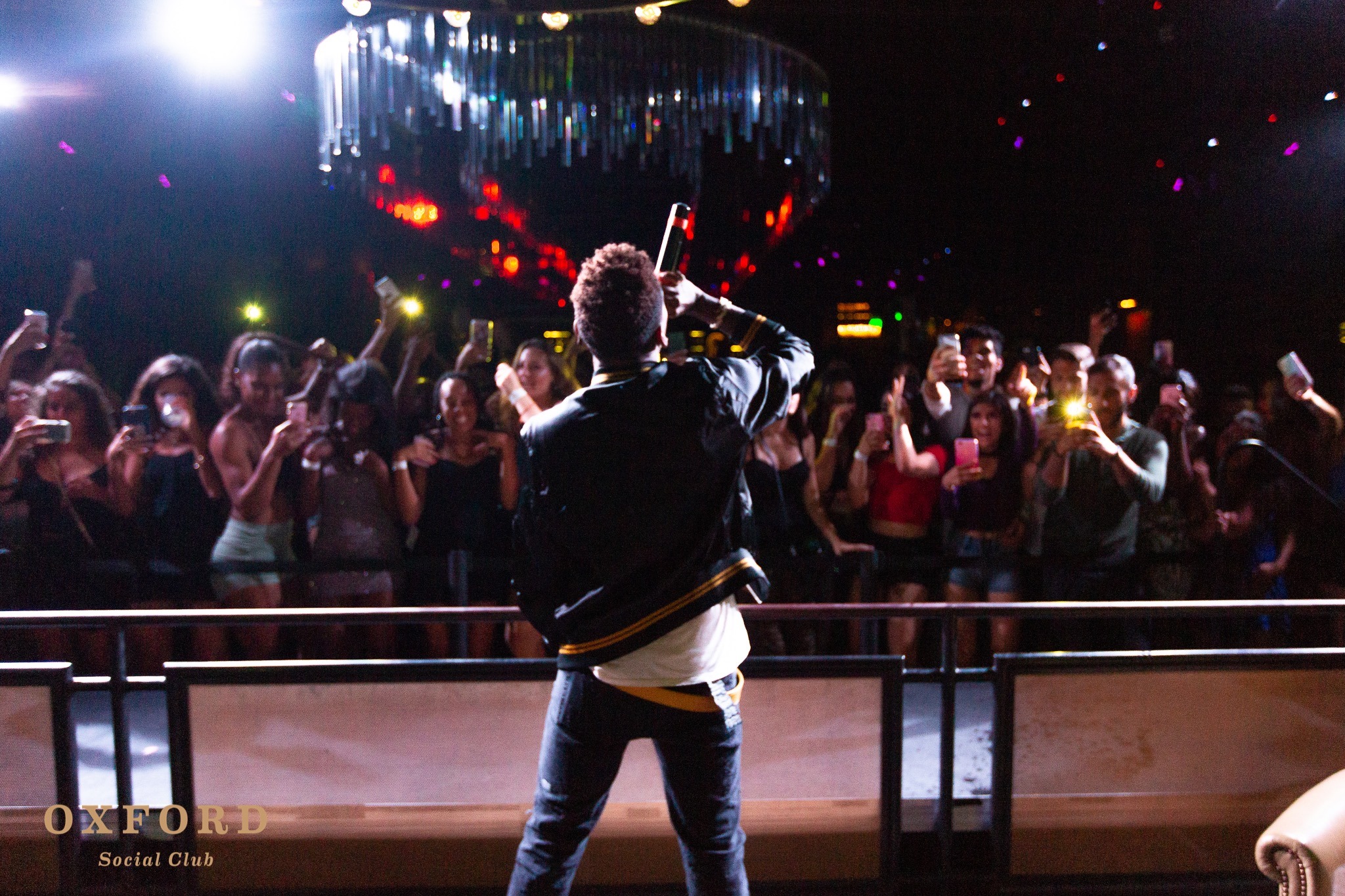 May Events in San Diego at Oxford Social Club

As summer draws ever closer, things are heating up at Oxford Social Club! In addition to offering some of the best ambiance and drinks in the Gaslamp Quarter, we’ve also got some incredible entertainment offerings on the books for the coming month.

Whether you’re looking for a hot DJ set or incredible live music, we’ve got some of the best artists in the world coming through. Check out what’s coming up in May!

What can we say about The Platinum Agency? Well, it’s a highly respected model and talent agency based in Las Vegas. They represent some of the most outstanding models, actors, and event staff in not just the region but the entire world!


And this May, they’re taking over Oxford Social Club! Be sure to come to this creative and unexpected event, which is bound to leave you with some lasting memories. The event will feature special guest DJs sets by DJ Neva, Tay James, DJ Captn20, Devin Lucien, Graham Funke, and more…along with Special Guest talent MDW Sunday!

DJ Graham Funke wants to bring the fun back into DJing.

This seasoned DJ isn’t just steering the wheels of steel–he’s a smart and inspiring individual. Originally from Los Angeles, he draws inspiration from all sorts of sources, from writers like Mark Twain to actors like Cary Grant and plenty of musical influences.

Philosophy, science, and great jams come together in his sets, which are truly unlike anything else. Don’t miss him on May 4th at Oxford!

DJ Shadowman is originally from Santa Clarita California. He began his DJ career at the tender age of 21, first playing the major clubs in Los Angeles and Hollywood and then expanding to play shows throughout So-Cal and beyond.

With wide-ranging influences such as DJ AM and DJ Vice, DJ Shadowman doesn’t stick with just one sound or one particular style. The consummate open-format DJ, he draws from a variety of sources and can create a different vibe depending on the venue and the general mood of the crowd.

In addition to his solo sets, DJ Shadowman has also worked with producers all over the region. We’re proud to feature him at Oxford this month!

Arrr…the Captn is in the house! DJ Captn20, that is.

After abandoning a Fast and Furious-type lifestyle racing cars in Detroit, DJ Captn20 decided to switch gears and discovered DJing.

He started by teaching himself with first CDs then graduating to vinyl. Soon after creating his first demo, he was offered a residency. From there, he’s only grown, first becoming one of the big names on the Michigan scene and then expanding to clubs far and wide. His energy makes his shows a true experience, with all sorts of influences playing into each and every set.

With sponsorships, well-received compilations, and crowded shows wherever he goes, DJ Captn20 is bound to grow even more. Come see him at Oxford on May 10!

You don’t want to miss this show. DJ Jerzy is one of the most highly sought-after open format DJs in the country!

His creative approach borrows elements from movies, pop culture, and of course all sorts of sounds to create an immersive experience. He was listed as one of the “Top 100 DJs in America” by the National Sun-Times, and has been mentioned in the New York Times, Chicago Sun-Times, and Vegas Magazine.

Playing as many as 150 shows a year, one thing’s for sure: DJ Jerzy is a rolling stone that is gathering no moss. Come experience his high energy show at Oxford on May 11!

As you can clearly see, May is not going to be a mellow month at Oxford Social Club. With this incredible roster of DJs and live talent scheduled to pass through our San Diego nightclub, May promises to be an incredible month. We hope to see you soon!

Book your table or get on the guestlist now! To make reservations, click here.