At Oxford Social Club, we’re known for bringing in the best local and national DJ talent for an ever-changing event lineup. In fact, some of the country’s top up-and-coming DJs showcase their talents right here. Our April lineup certainly won’t disappoint. Come dance, listen to the high-energy music, and enjoy delicious cocktails with friends. Here are just a few of the acts that you’ll find at Oxford Social Club this April.

DJ Que grew up in Las Vegas and explored many different genres of music. He was drawn to the entertainment scene and when he started mixing different music styles, he developed an interest in creating remixes. DJ Que started spinning over eight years ago, and his style features intense bass drops and precise scratching, creating a unique and recognizable sound. Of course, DJ Que’s performances are also full of energy and enthusiasm.

Today, DJ Que is one of the most recognized DJs in the city. He’s held residencies at many clubs on The Strip, and is known for his in-show mashups. A typical show might incorporate Top 40, hip-hop, and rock music into the mixes, evidence of DJ Que’s creativity. He currently holds residencies at 1 Oak Nightclub, Bare Pool, Gold Lounge at Aria, and more.

Hailing from Boston, DJ Clinton Sparks has a unique drive to succeed and creative marketing ideas that help to set him apart from other DJs. DJ Clinton Sparks began a 10-city Super Radio mix show in 1998, and since then it’s evolved into SmashTime Radio, aired throughout the US as well as in Canada, Europe, and Australia. Eminem even asked him to participate in his hip-hop channel, Shade 45.

In addition to hosting his show, DJ Clinton Sparks has performed widely, traveling to countries including Australia, England, Hong Kong, Ireland, Scotland, Mexico, and Canada. His high-energy performances are proof of his passion for his craft. DJ Clinton Sparks also works as a multi-platinum music producer, and has produced and written for superstars Beyonce, The Notorious B.I.G., Ludacris, and more. 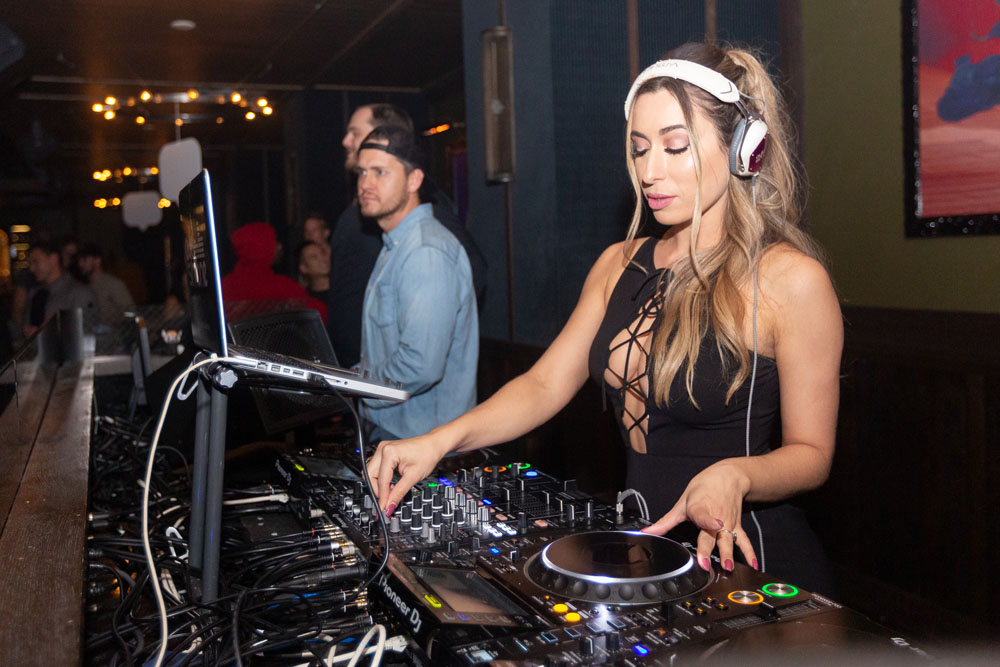 Based right here in San Diego, DJ Schoeny is a record producer and songwriter who debuted internationally in 2012 with his “Life Is Good” tour. His collaboration with Ben Harris, a project called “In My Zone,” was well-received by the United States nightclub scene. Just a few years later, DJ Schoeny released “Heights,” a 2015 solo EP.

DJ Schoeny earned the #10 spot in San Francisco’s top DJ list thanks to his performance in several nightclub residencies. He’s highly driven and highly successful in the music scene.

Over the past 17 years, DJ Fresh One has built a reputation based on his innovation and creativity. His open format performances include hip hop, Top 40 hits, electronic music, and more, but you can be guaranteed that he always keeps things full of energy and upbeat. He’s known for demonstrating his turntable “tricks’ and talented scratching techniques.

DJ Fresh One averages about 260 shows per year and has played in cities including Las Vegas, Miami, New York, Seattle, and more. He’s also performed internationally in Argentina, Canada, Mexico, Hong Kong, and Malaysia. DJ Fresh One has performed at premiere parties including the MySpace Party with Danity Kane, and MTV’s Sweet 16.

DJ Tay James launched his DJ career at age 16. Just a few months after he graduated from Hampton University, Justin Bieber hired him as his tour DJ. DJ Tay James continues to travel all over the world, performing with Bieber and playing to sold-out crowds.

Additionally, DJ Tay James holds residencies at Playhouse, FLUXX, Prive, and Muzik. Celebrity and corporate clients including Beats by Dre, Chris Brown, and Adidas also hire him to play their private events. He’s been featured in publications such as Teen Vogue, The Washington Post, and Vibe, and has performed on The Oprah Winfrey Show, The Ellen DeGeneres Show, and The Tonight Show With David Letterman.

Join us as Oxford

Want to see these amazing talents live? They’ll all be here this April at Oxford, and we can’t wait to see the performances they put on. These are some top and up-and-coming talents, and at Oxford, you’ll get to see them in a more intimate venue than you’ll find anywhere else.

Take a look at our events calendar now, because these are performances you don’t want to miss. These are hugely popular events, so reserve your table or get on the guest list.